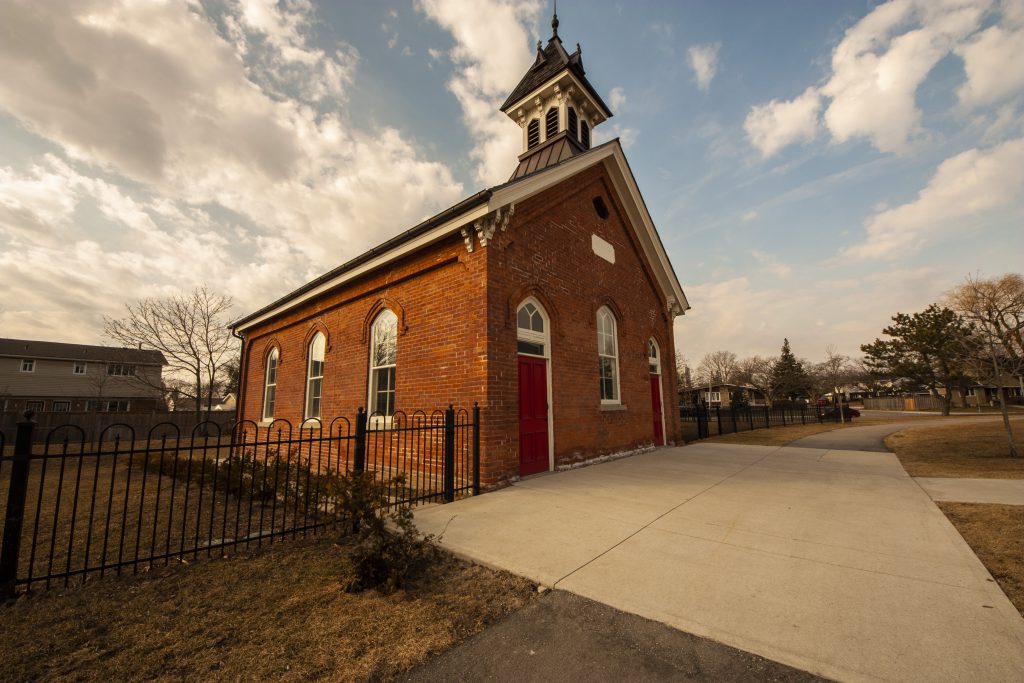 The Mohawk Trail School Museum is one of the more interesting aspects of the EAHC. Built in 1882, the school was originally known as S.S. #5 (aka School Section #5) for the Barton Township region, prior to the incorporation of the Mountain with the City of Hamilton. Its original address was 350 Mohawk Road West. It continued in this same fashion until a more modern Mohawk Trail building was erected in 1949, at which point the schoolhouse was used as additional classroom space. In 1967, the schoolhouse was renovated and re-established as a Museum by the Hamilton Teachers Council. For many years thereafter, the restored schoolhouse served as a location for primary and junior students to visit and to learn about education from another era.

In 2014, the schoolhouse was lifted from its original foundation and transported to the site of the current Board Headquarters, at 20 Education Court. It continues to function as a Museum and general heritage site, and has been featured as a Doors Open Hamilton site for a number of years. Class visits and programming are offered through the Mohawk Trail volunteer group, led by Program Manager Linda Sargeant. 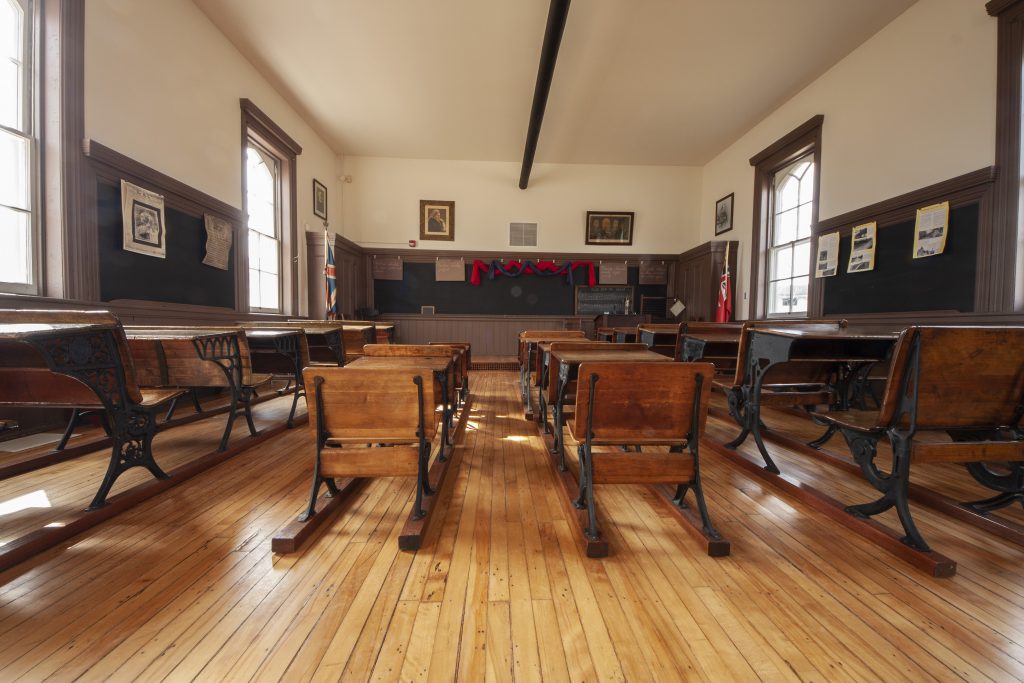 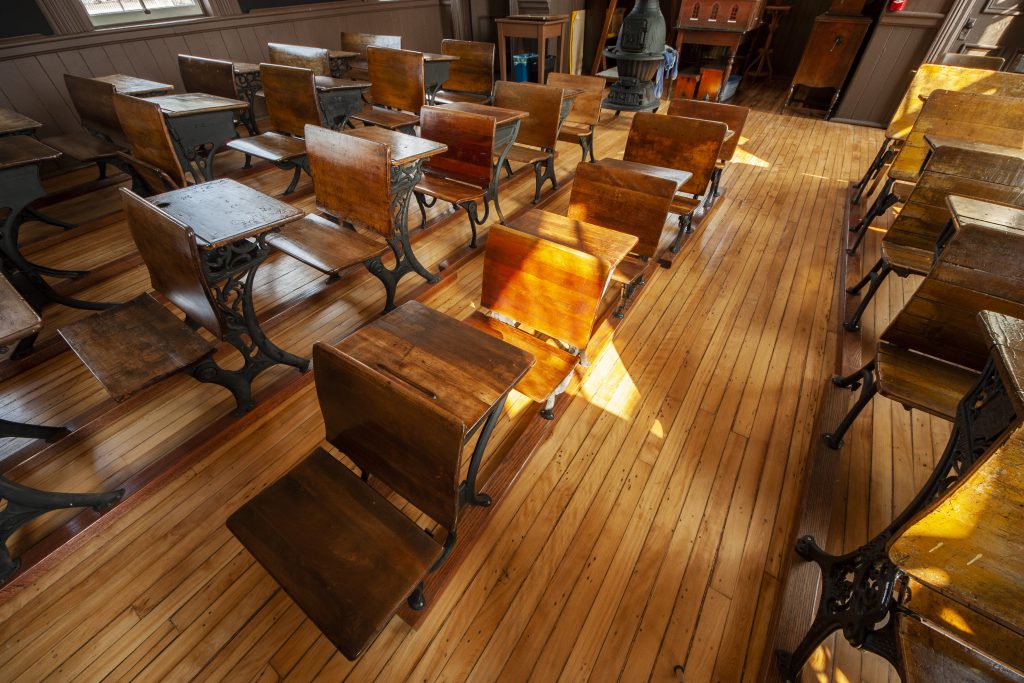 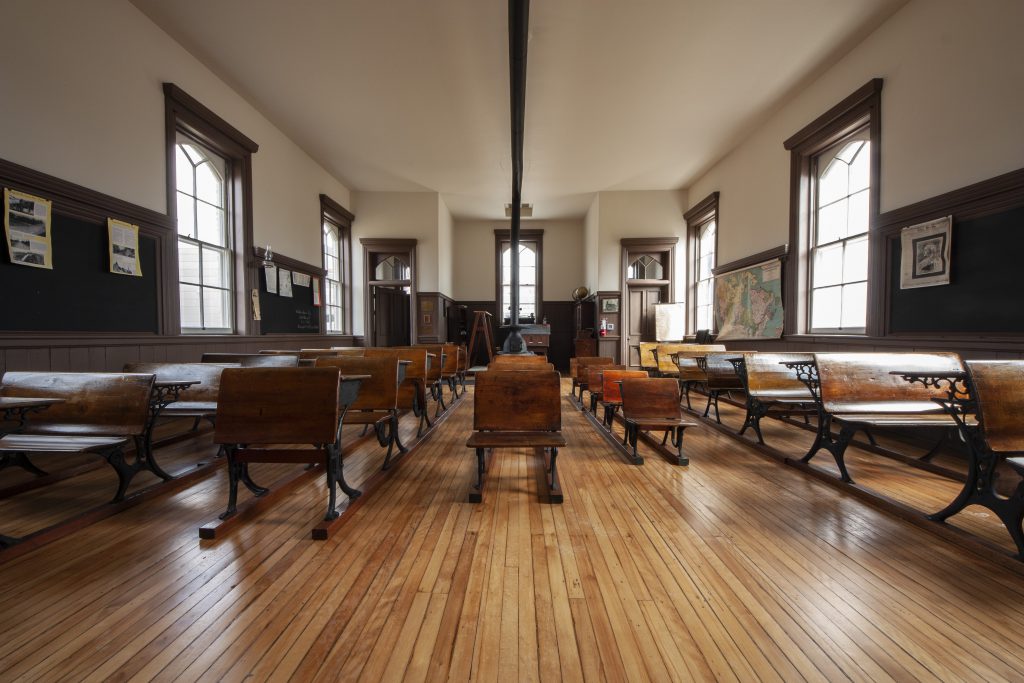 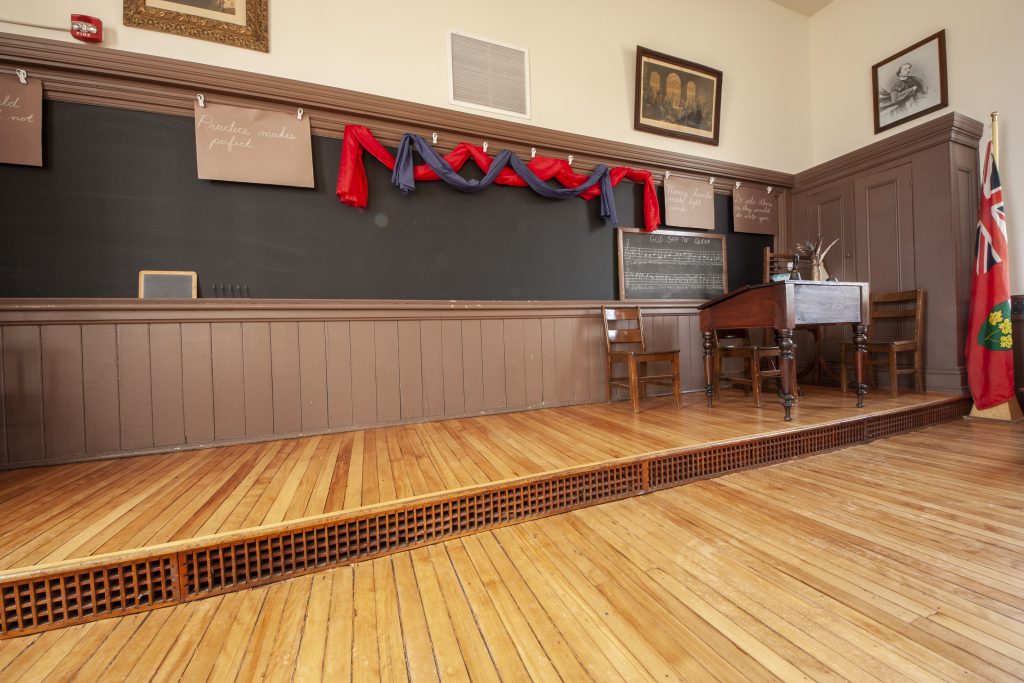 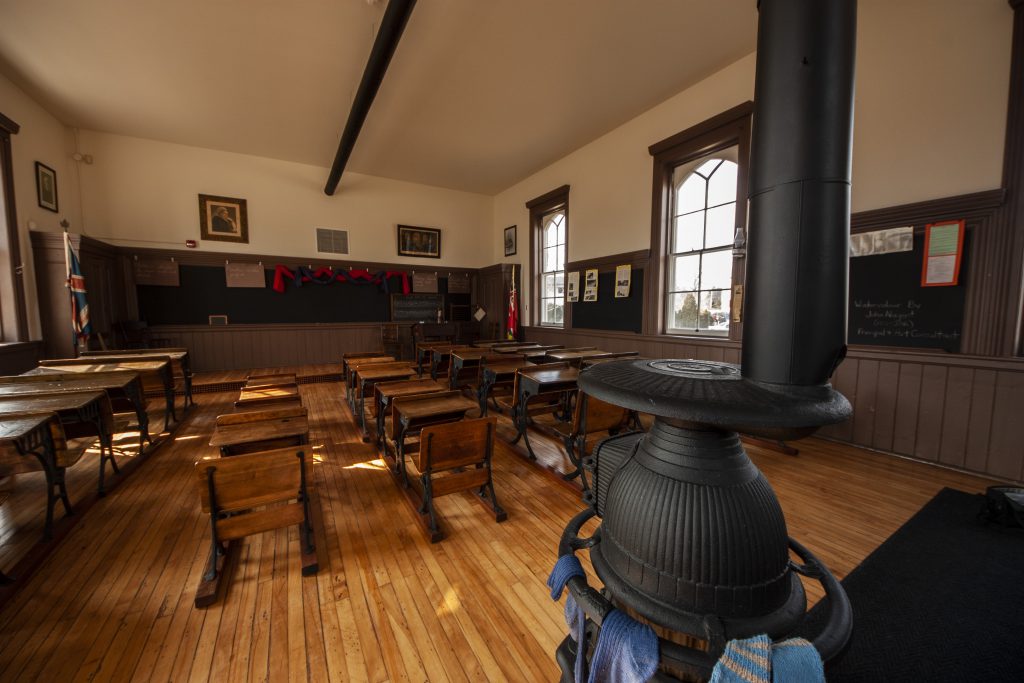 the back of the classroom, and the boiler 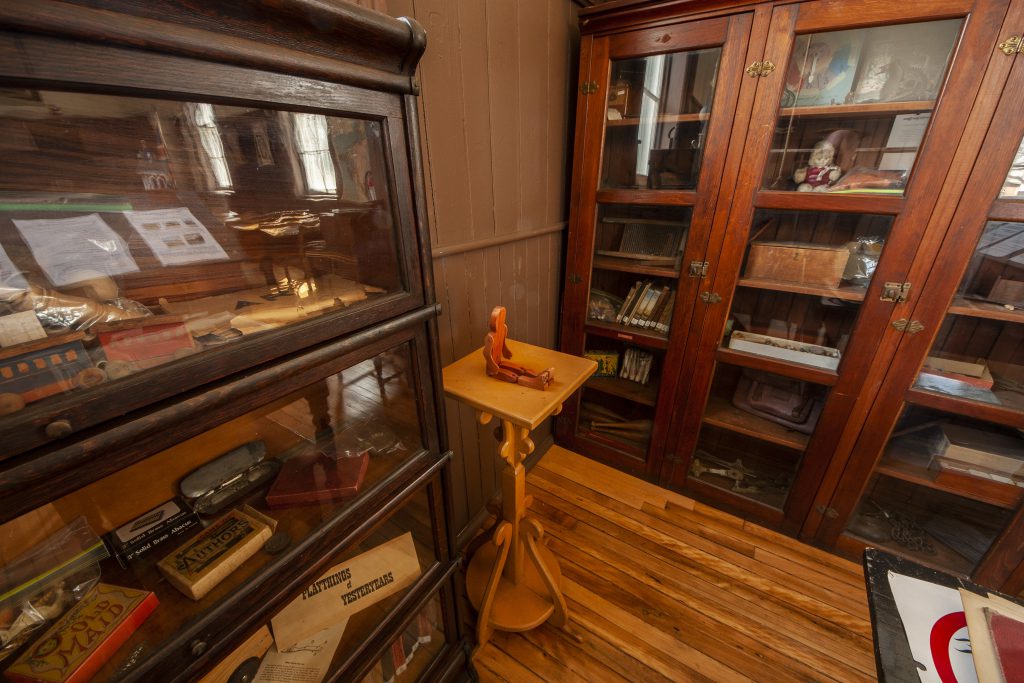 A curated selection of era-specific toys, tools and other tricks of the trade

The gallery below is an extract of a slideshow originally prepared by HWDSB staff as a visual demonstration of how the school and its students would have appeared back in its early days:

A visit back in time 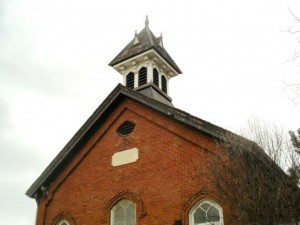 The clanging bell signals the beginning of the school day 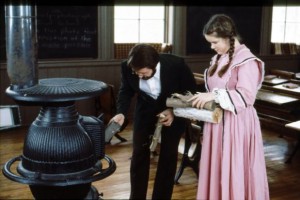 A student helps the teacher to build the fire 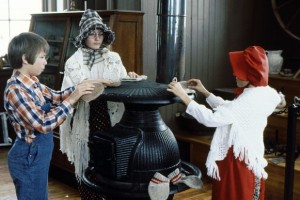 These mittens need drying out today 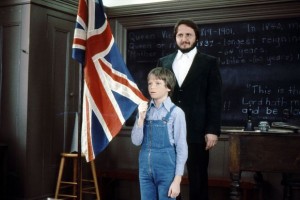 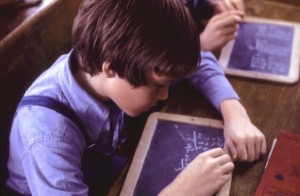 Then it is down to work on slates 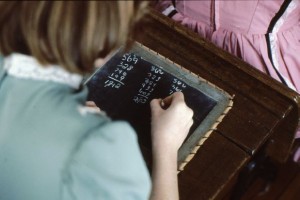 Slates were used well into the 20th century 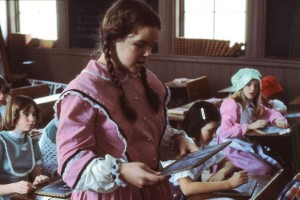 Called upon to recite her answers 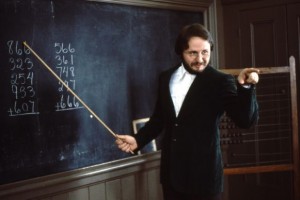 This teacher is noted for strict attitude 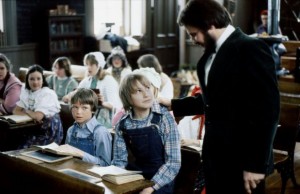 Someone is in trouble today 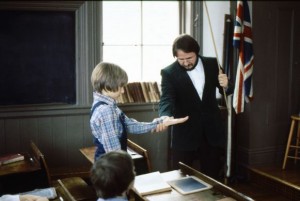 Harsh punishments were sometimes the order of the day 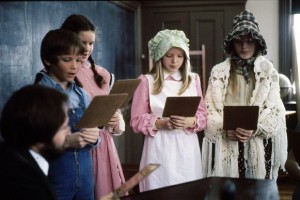 Reciting from “Horn Books” at the teacher’s desk 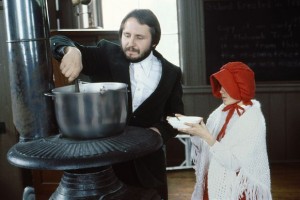 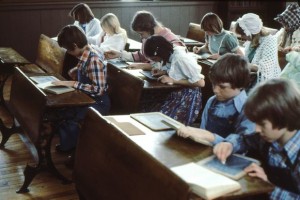 Several grades are taught in this one classroom 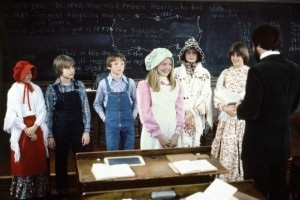 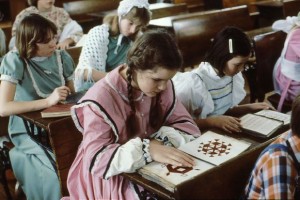 Folding-paper crafts are a favorite for this student

Report an error
Back to the top