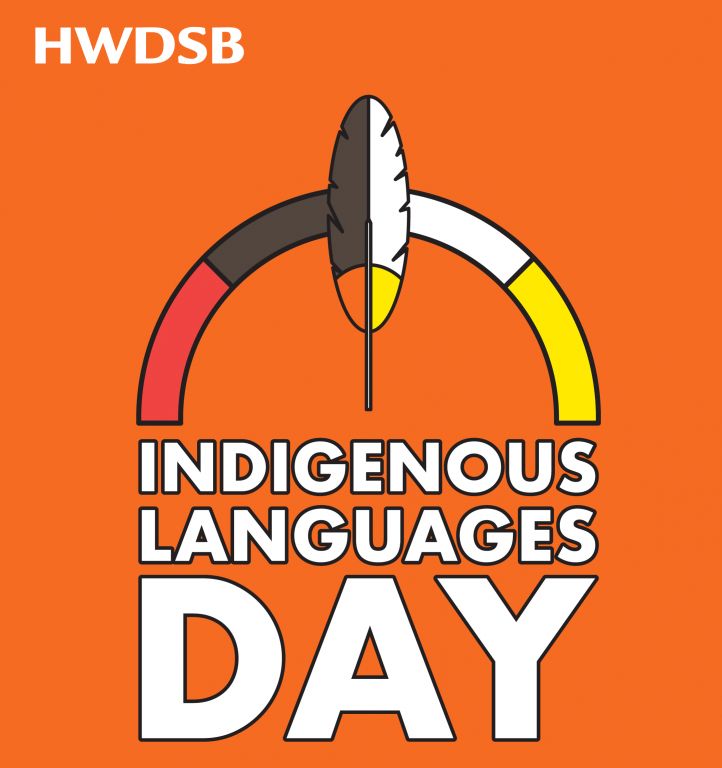 This year, especially, we use this day for commemoration, and we approach this day with humility.

It is a harsh reality that the Crown, Canada and the churches attempted to exterminate Indigenous culture and languages by targeting the most vulnerable members of the Indigenous communities’ population, children.

On May 28, 2021, a news story from Kamloops, B.C. confirmed the discovery of irreverently unmarked graves on the site of a former residential school. Other sites have followed with similar evidence gathered through ground-penetrating radar.

On November 10, 2021, the search began on the grounds of the oldest residential school in Canada, the former Mohawk Institute Residential School in Brantford, Ontario. The site is just 39 km, about 30 minutes by car, from the HWDSB Education Centre. The Mohawk Institute was open from 1831 to 1970. The ‘Indian’ children who were held there as inmates represented several Indigenous nations and languages across the province.

We continue to unlearn and re-learn our opposing perspectives on history, as we gain new understanding, revisiting processes as respectful treaty partners.

When Indigenous Languages Day was introduced, it was intended to honour ancestral language protectors, and the strength and endurance that they demonstrated to protect Indigenous languages and cultures, in the face of the legislative abuses that were imposed on the first peoples of these lands.

These abuses included the apprehension of children to be held as ‘inmates’ in what was propagandized as ‘schools,’ where church and education authorities inflicted what was defined by Commissioner Murray Sinclair as ‘cultural genocide’ in the 2015 Truth and Reconciliation Commission’s Final Report.

We understand that historic treaty agreements, such as Kahswénhta, the Two Row Wampum, were agreed to by the Crown and the Haudenosaunee. Kahswénhta defines a clear delineation between – and protection of – the five tenants of sovereign nationhood status: ancestral language, culture, ceremony, governance models, and connection to ancestral territories.

Colonial policies and practices like ‘Indian’ residential schools and ‘Indian’ day schools were designed to eliminate Indigenous languages and cultures. This was done to remove any identifiers as nation-to-nation treaty partners, to ‘absorb’ them in to the (Canadian) body politic, and to finally “get rid of the Indian problem,” in the words of Duncan Campbell Scott, once deputy superintendent of the Department of Indian Affairs.

Treaties are international, nation-to-nation agreements. If the Crown, Canada and the churches had succeeded, the defining nationhood criteria would have been irradicated. Then, as anticipated, Indigenous Peoples would no longer exist according to Canadian legislation, negating the Crown’s fiduciary responsibilities to fulfill treaty obligations.

HWDSB will continue to work in friendship and conversation with the Indigenous Cultural Safety Team and the Hamilton-Wentworth Indigenous community to protect the rights of the learners within the HWDSB umbrella, to ensure appropriate resources that are authentic and accurate will be made available as an aspect of cultural safety.

We understand that the history lessons that we learned in school regarding the formation of Canada withheld profound injustices, offering distorted truths. I do not believe that this year is appropriate for me to outline a checklist of HWDSB’s accomplishments and plans for cultural and language safety.

This year, for us, needs to concentrate on gaining a truly heartfelt and meaningful understanding of how education was used as a front to commit horrific acts to Indigenous communities, families and children, resulting in the deprivation of culture, language, severing ties to family and community and ancestral territory.

On this Indigenous Languages Day, we understand that Indigenous language loss, retrieval, protection and revitalization represent a part of our shared history that requires pause. It is imperative that we understand the treaty agreements that have been hidden from us. As treaty partners, we will begin by providing this space, to honour the voices of the Indigenous Cultural Safety Team.

In Peace and Friendship,

A Message from the Indigenous Cultural Safety Team:

March 31 is Indigenous Languages Day. It is an important time for reflection this year, due to the media attention given to the discovery of unmarked graves since May 2021 on the grounds of former residential schools in B.C., Alberta and Saskatchewan.

We take this opportunity to share some important truths about heritage language deprivation and loss, as well as the strength and determination that our peoples have shown as we work toward revitalizing our languages that were targeted and intentionally endangered.

For the many Indigenous peoples who do not speak your heritage language, it can create guilt and shame. It can impact self-esteem and identity. There are many reasons why families and communities have been deprived of their heritage language.

Please take steps to be gentle with yourself and your family and community. As we continue to heal, we also see the great strides that so many are taking to protect and share our Indigenous languages.

Some families were able to protect and teach you your heritage language. We can also take this time to celebrate you and give thanks that your family was able to teach you.

If you are an active language learner, we celebrate you.

If you are an active language teacher, we celebrate you, and give thanks that you are willing to teach. We extend our hand in friendship as educators.

If you are a current HWDSB student who is preparing to graduate and are interested in learning and actively seeking adult immersion programs for after you graduate, we support and celebrate you. We anticipate that some will return to HWDSB as Indigenous language teachers.

If you represent a family who has struggled with identity, due in part to loss of heritage language, we stand with you on this important day.

We recognize that Indigenous Languages Day represents a spectrum of everything from grief to celebrating. We recognize the achievements of language protectors, language students, community initiatives and supporters. Today, we take a conscious step forward, from those things that were imposed on generations of our families and communities.

As overwhelmed as we might feel, as we heal from the history that our families and Ancestors endured, we can relearn those things and continue, into a brighter, healthier, and safer future.

We continue to be protected by our Ancestors, our teachings and guided by the coming faces. In our teachings are the three guiding principles of the Great Law. We leave you with these words:

We are still here.

We will always be here.

In Peace, Friendship and Respect,