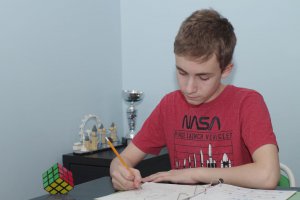 Guy Brown student one of 10,328 Caribou Contest competitors from around the globe

William Johnson is good with numbers.

The Guy B. Brown Elementary School student’s odds of earning a top score in the Caribou Mathematics Competition were high.

But even he was impressed by his results, coming in first in his Grade 7/8 level — one of 121 students from across the globe to ace the test out of more than 10,320 competitors.

The Review connected with the 13-year-old, who has always been interested in math, about his success in the international online contest. Questions and responses have been edited for clarity and brevity. Waterdown will soon be home to the Queen’s Platinum Jubilee Treaty Forest, a collaborative project between the City of Hamilton, Mississaugas of the Credit First Nation, the Rotary Club of Waterdown, Waterdown Lions Club and students from Waterdown District High School.

The forest, which will be located at Joe Sams Leisure Park, will honour Waterdown’s relationship with its treaty partner, the Mississaugas of the Credit First Nation, by centring the treaty relationship that exists in the area.

WDHS history teacher Nathan Tidridge, whose Grade 11 and 12 treaty studies students are taking part in the project, said Queen Elizabeth II’s platinum jubilee is an opportunity to honour the treaties of the area and builds off previous collaborations, such as the Souharissen Natural Area and canoe garden in Waterdown.

“The legacy that will be left behind is a space that will help to educate people and remind them of their obligations as treaty partners,” said Tidridge.

“The whole idea is to heal and restore the land.” 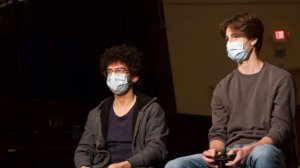 Bashar Alobeid, left, and another student play during the Super Smash Bros tournament. The event raised more than $2,500. (Submitted to CBC by Marzieh Darling-Donnelly)

Westmount students have fundraised more than $2,500 with a Super Smash Bros tournament

A game that helped 17-year-old Hamilton student Bashar Alobeid get through the pandemic is now helping others, after Alobeid and fellow student Matthew Gershkovich decided to channel their love for Nintendo’s Super Smash Bros to help raise funds for children with life-threatening or chronic illness.

The two Westmount Secondary School students and their gaming club ran a tournament they called the Chai Smash Kup all last week — and they smashed through their original fundraising goal of $500, raising over $2,500 for Chai Lifeline Canada. 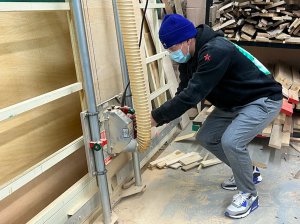 Aidan Travalja, 18, uses the panel saw to cut plywood for a class project. Last month, he reached out on social media to ask for donations to his wood shop class at Waterdown District High School. JOHN SIDORKEWICZ PHOTO

Budget has been stretched due to COVID-19 cost increases

Last month, Aidan Travalja was talking with his construction teacher who mentioned the yearly budget for the Waterdown District High School shop and how the prices of material had gone up due to COVID-19.

His teacher, John Sidorkewicz, said he had roughly $6,000 that goes toward wood, screws, and equipment maintenance.

“The money seems like a chunk of money but for 100 students coming through, that goes pretty fast,” Sidorkewicz said, noting he goes to Value Village and has a deal with a local mill to help stretch out the budget. “That’s OK, I mean I would never complain, it’s the budget right? You just make do.”

After hearing the number, 18-year-old Travalja asked the teacher to write up a wish list, before making a request on a Carlisle community Facebook group. While Travalja had originally thought they might get a few donations, his phone lit up with responses and messages.