It’s an exciting time for elite student-athletes making big decisions about their post-secondary destinations. Here are some faces you may want to remember.

(Know of other signings? Let us know.) 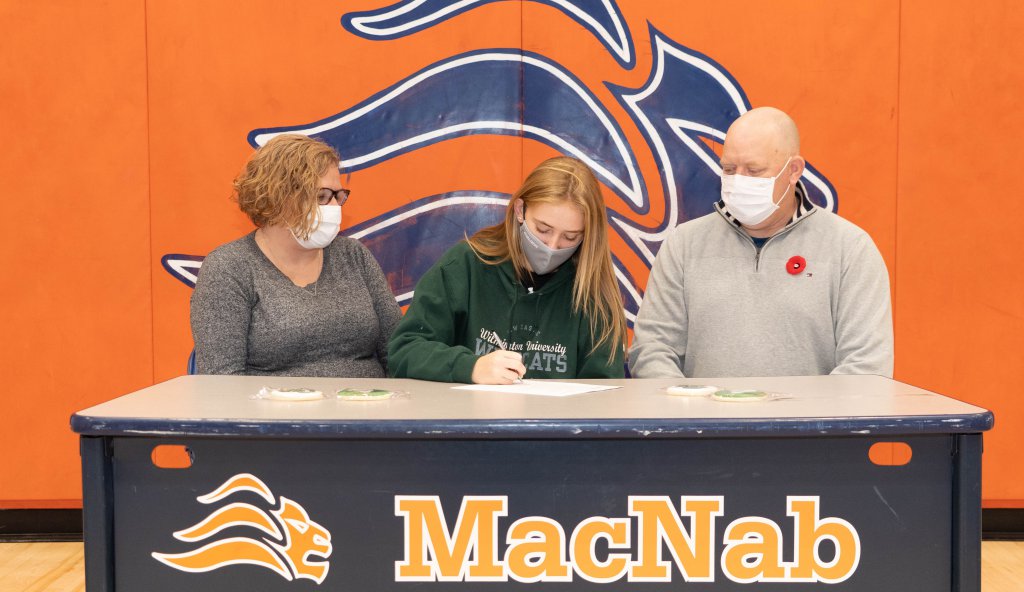 Tristan joins her parents on National Signing Day, Tara and Brent, in a small ceremony at Sir Allan MacNab.

On National Signing Day, a US tradition in which graduating student-athletes commit to their college destinations, Tristan Holdsworth was the reason for a small, physically distanced gathering at Sir Allan MacNab secondary.

With her parents at her side, she signed to be part of the lacrosse program at the Wilmington University in New Castle, Delaware, where she will study sports management. It’s a small school (four buildings total, she says) near President-elect Joe Biden’s lakeside home. Tristan loved the fact that the visit was so welcoming, and the team as so supportive.

“I’m very excited,” Tristan says of her next big move, which came after years of preparation.

She only started playing lacrosse in Grade 7, after having been taken along to her younger sister’s games and practices. Tristan played all over Ontario with Hamilton Bengals, and was encouraged by being named Most Improved Player. She made the Evolve under 15 team, and took the field in large US tournaments in Maryland, Florida and elsewhere.

“Fortunately, I committed (to Wilmington) in Grade 11, before COVID, so coaches could see me play in person,” she says of her recruitment efforts. She and her mom learned how to create an athletic resume, which “felt kind of like applying for a job.”

Now she’s working on details of her finances, pandemic travel rules, and moving to the tiny campus. She may need to pack some maple syrup… she’s only the third Canadian to ever attend Wilmington University. 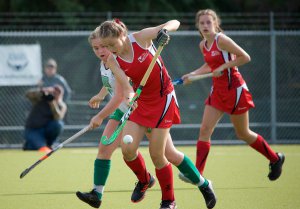 Mallory at the 2019 national field hockey tournament in Calgary playing in the bronze medal game where she scored the game winner to win bronze from her Ontario West team and was named to the top 11 in the tournament 11.

A multi-sport athlete who grew up playing hockey, soccer and volleyball, Mallory was a rare Grade 9 student who played every game when she joined the Saltfleet Storm.

Despite a relatively late start in the game, she gained skills at A & C Field Hockey Academy that took her to places like Florida for international events. Soon, she traded her dreams of an ice hockey scholarship – for hockey played on green grass.

“Field hockey is unique, it’s a good culture, like a big family,” she says.

During the pandemic, Mallory created a recruitment video showcasing her skills in her backyard playing area, then submitted in June.

After fielding plenty of calls, she chose the University of Maine’s Black Bears because the school had the coaching/phys-ed program she liked. It also had a culture that felt welcoming as a Canadian. That matters for Mallory, so she can represent Team Canada.

“They allow you to be part of the U16 national team for Canada,” she says, “so I am not giving up a Canadian opportunity.” 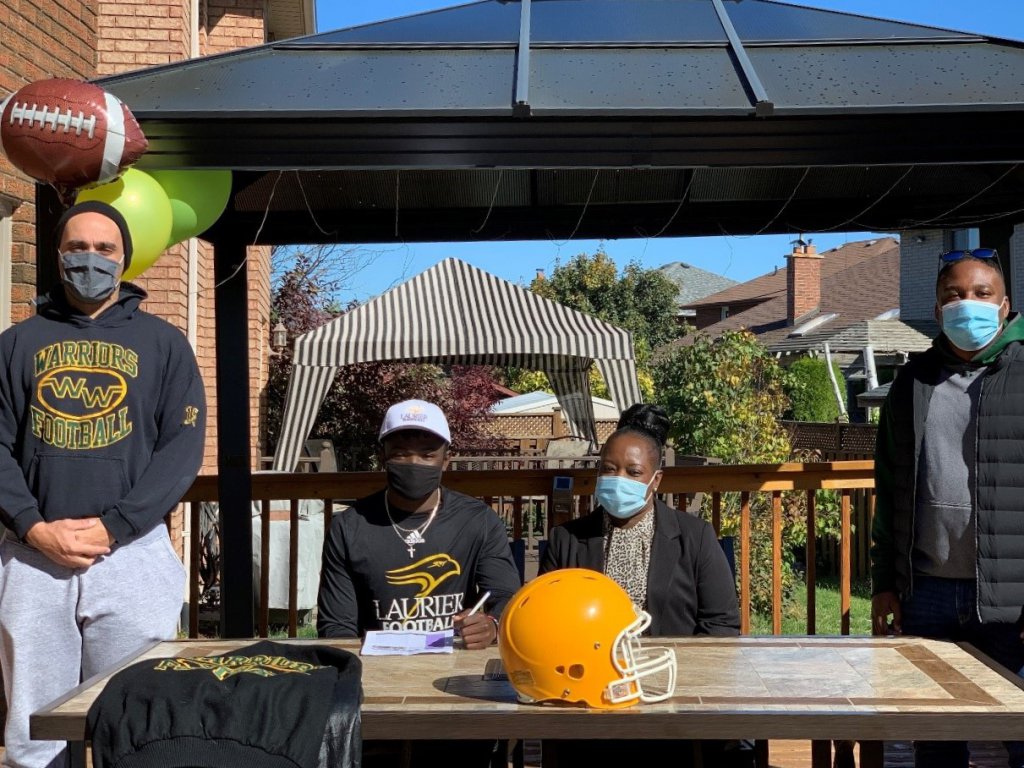 Démarco was hoping to make a great impression during the 2020 high school football season – but COVID-19 had other plans.

Still determined to stand out, he didn’t give up. He got creative. Without game footage from Westdale, he created his own  highlight reel on social media that captured his workouts in the gym, his dunks on the court, and more.

“We sent out a bunch of emails to coaches all over Ontario,” the three-sport athlete told Hamilton Community News, among several media outlets that caught up with his inspiring story.

“They saw my Twitter and I just kept posting videos of me working out and trying to show off my abilities.”

Schools and coaches began to notice, including Laurier head coach and defensive co-ordinator Ron VanMoerkerke. When he asked Démarco to film himself performing specific drills, the aspiring defensive end immediately got on the field with the camera rolling.

After a dozen offers, and a few Zoom calls, the rest was history.