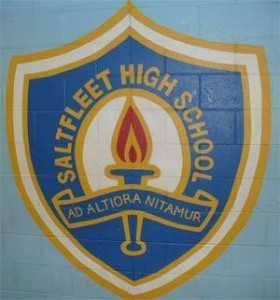 Saltfleet District High School, located in Upper Stoney Creek, services a community with both urban and rural roots – our catchment area stretches from the Niagara and Haldimand County borders to the escarpment.   Saltfleet has a student population of 1225 that is increasing annually as residential homes continue to be built in the area.  Opened in 1996 at its current site, Saltfleet is the most recently built Secondary School in the Hamilton-Wentworth DSB.  Saltfleet is one of two secondary schools in Canada with a fully operational Observatory! The original Saltfleet opened in 1927 on Grays Road and was in operation until the new school opened.

Known as the Storm, Saltfleet has a rich tradition of academics, athletics, and the arts.   High expectations in the classroom and in co curricular activities allow students to recognize and achieve to their full potential.  Blessed with a dedicated staff, Saltfleet students have the opportunity to participate in a broad array of field trips, sports, and clubs.

The school motto “Ad Altiora Nitamur” (We Strive to the Highest) is evident in students and staff at Saltfeet every day! 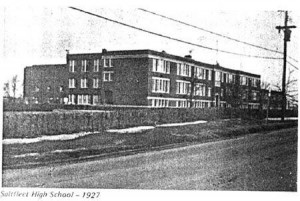 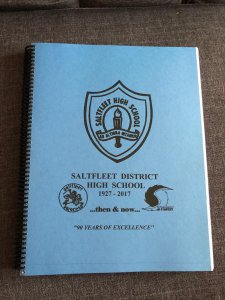