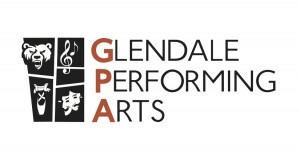 Glendale’s Arts (GA)  continues to grow and engage students interested in the arts and train them professionally to enter the world of work, university, college, and additional training programs.

The Specialist High Skills Major or SHSM for short is a focussed program which allows students to develop skills and earn industry-recognized credentials in the Arts sector while also meeting the requirements for a secondary school graduation diploma.  Courses included in this program include: dance, drama, instrumental music – both strings and wind, media arts, theatre production, visual arts and vocal classes which are also open to all Glendale students.

When you become an Arts SHSM student, you have the amazing opportunity to participate in professionally led workshops and training programs.  Some of our most recent workshops have included: Cirque Du Soleil workshop,Theatrical Rigging with Theatre Arcturus, HD Studios, Theatrical Makeup, Lighting Design, Scenic Design, Sound Design, Stage Combat – armed and unarmed, Spiderman Turn Off The Dark choreography, and Acting Technique & Choreography led by the lead choreographers for Disney’s travelling production of Mary Poppins and Beauty & the Beast at Disney World Florida, Saratoga Springs Theatre.

The Arts & Culture SHSM students will take a Co-operative (Coop) education course and work with Arts professionals.  Some of our placements have been:  Hamilton Conservatory of the Arts, Sonic Unyon Studio, Rythum Plus Dance Company, Art Gallery of Hamilton, Image Puppets, Staircase Theater, and many more.

If you would like more information on Glendale’s Arts SHSM or HWDSB Strings, or HWDSB Audition-Based Program of the Arts please contact the program lead, Mr. Paul Borsc, via email (pborsc@hwdsb.on.ca) or phone:  905-560-7343 ext. 508

Other Related Projects:  Mr. Borsc and the Concert Band have been featured on CHCH TV’s Morning Show twice.  He was Principal French Horn for a local symphony and sings Tenor in St. Luke’s Choir.  Mr. Borsc has played French horn with The National Arts Centre Orchestra (Ottawa), Orchestra London (London, ON), Hamilton Philharmonic Orchestra (Hamilton, ON) and at Carnegie Hall, NYC(1997) with the New England Symphony Orchestra.  He has performed with several other choirs and instrumental groups.

For more information about HWDSB Audition Based Program of the Arts at Glendale, HWDSB Strings or our Arts and Culture SHSM in Arts & Culture, please contact Mr. Borsc via email pborsc@hwdsb.on.ca or call 905-560-7343, extension 508.

Other Related Projects: Valerie’s professional performances include the Hamilton Nutcracker Ballet, Joseph and The Technicolour Dreamcoat, Fashion Cares and Dorothy in the Wizard of Oz. She appeared as a Giselle dancer in the motion picture Save The Last Dance 2 (2006) and a montage dancer in the motion picture Amelia (2009). Valerie has choreographed for many community functions, fundraisers, tradeshows, pageants and other prestigious events. Her choreography has brought her many awards in Canada and the US.

Training & Education: Valerie has attained both a Bachelor of Physical Education Honours degree and a Bachelor of Education degree from Brock University. She has trained extensively in ballet, pointe, jazz, tap, acro, lyrical, musical theatre and hip-hop with the Rythym Plus Dance Company of Stoney Creek, Ontario for 20 years. As an accomplished dancer, Valerie has held eight Canadian Regional Titles, as well as the National Title of Miss Dance of America 2008 for Dance Masters of America. She has also been a guest teacher at the DMA National Convention. Valerie has won multiple national class scholarship awards in acrobatics, tap, jazz and ballet. She is a proud Member of Dance Masters of America, Chapter #38.

A Specialist High Skill Major (SHSM)  is a Ministry of Education program designed to help high school students gain industry experience in a sector that could lead to significant career opportunities. While Glendale Secondary is home to a Performing Arts ( Dance, Drama and Music) SHSM, there are many other SHSM programs at Hamilton-Wentworth District School Board. For more information, please contact Lynn Krusto at lkrusto@hwdsb.on.ca.  Click here for more information about SHSMs from the Ministry of Eduction.