Statement to recognize the discovery of 215 unmarked graves at Kamloops

Statement to recognize the discovery of 215 unmarked graves at Kamloops 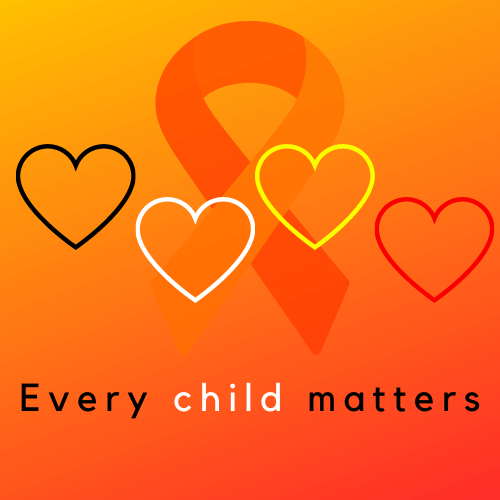 Last year, at the end of May, our communities, the country, and the world were reminded of the grim realities of the legacy of Canada’s residential school system. We continue to unlearn the history that we were taught and relearn the truths that were hidden from all of us. We understand that there are three areas that are outlined in the reconciliatory process, and we take this time for Education, Commemoration and Healing/Wellness.

“Indian children should be withdrawn as much as possible from the parental influence, and the only way to do that would be to put them in central training industrial schools where they will acquire the habits and modes of thought of white men.” John A. McDonald, 1879

More than 150,000 children, referred to as ‘inmates’ by the government officials, were held in Canada’s residential school system and this number is a low estimate. In the province of Ontario alone, there were 18 residential schools.  Many records have either been destroyed, withheld, or have lacked accurate details. Canada’s residential schools were operated by the church and endorsed by the crown from 1831 until 1996. They were guided by Canada’s current Indian Act that followed the 1869 Indian Enfranchisement Act, which had in turn followed the 1857 Gradual Civilization Act. Note the prominence of the cultural genocide mandate in the names of the latter two. The 1493 Doctrine of Discovery was also prominent in the acceptance of forced assimilation policies.

Historically, some Canadians raised their voices against the residential school policy. For example, Dr. Peter Bryce was a physician of public health for provincial and federal governments. He was an early advocate and vocal ally of Indigenous Peoples. He wrote a report on the conditions in residential schools that resulted in the easy spread of disease and was soon after he was forced to retire.

The alarmingly high inmate/student death rate in residential schools was documented in the 1922 report by Dr. Bryce called, The Story of a National Crime: The Wards of the Nation, Our Allies in the Revolutionary War, Our Brothers in Arms in the Great War. Despite his efforts to inform the public, the schools and residences remained open for 74 more years and the legislation remained as law in the Indian Act for another 82. You can read more about residential schools here.

The argument to continue with the forced assimilation policy of these schools despite, among other things, the disproportionate inmate/student death rate, can be accredited to politicians like Sir John A. McDonald, Duncan Campbell Scott, Egerton Ryerson, as well as the 1879 Report on Industrial Schools for Indians and Half-breeds written by Nicholas Flood Davin. Also called the Davin Report, it outlined how these schools could be used as a catalyst to create colonial title to lands. Prime Minister Pierre Elliot Trudeau opened new residential schools during his first terms of office between1968 to 1979.

In 2014, ‘residential schools’ was removed from the Indian Act. The removal was done quietly, without a press conference or press release. This deprived Indigenous families and communities the opportunity to commemorate, grieve the ongoing multi- and intergenerational impacts and to celebrate its final removal.

Indigenous culture and language loss is an important part of intergenerational trauma that the churches and government, through the residential school system, invoked. Residential school systems were designed to ensure that Indigenous cultures and languages would be eradicated and ties to family, community, nation and clan would be severed. The deprivation of, and ensuing intergenerational trauma associated with loss of culture and language is defined as ‘cultural genocide’ in the TRC.

The dichotomy in the way Canadians view these issues and concerns as opposed to an Indigenous lens is striking.  Canadians celebrate the landscape, while many Indigenous Peoples grieve the displacement that interrupted connection to ancestral lands. In general, Canadians celebrate the use of natural resources, while many Indigenous Peoples grieve the Dish With One Spoon treaty being violated, through the exploitation of what was understood to be their/our Mother Earth. Canadians are proud of multi-culturalism, while Indigenous Peoples continue to heal, repatriate, and protect their responsibilities and relationships with each other and their communities, relationships to ancestral homelands, as well as ancestral teachings, languages and governance models.

Canadians openly speak English or French, while Indigenous Peoples continue to work toward protecting and revitalizing the languages that, for many, were stripped from generations of their communities and families. New Canadians are encouraged to learn at least one of the official languages but are not denied the right to speak their own ancestral, heritage language(s).

Indigenous sovereign nations assert that they have never surrendered their sovereignty but rather maintain their nationhood status. These may seem like extreme examples on the spectrum of loss and healing that we are witnessing, but for too many, these macro examples are gentle in comparison to lived experiences.

On May 27, 2021, reports were released about 215 unmarked graves, identified through ground penetrating radar, on the grounds of the former Kamloops residential school in Kamloops B.C. This was and continues to be followed by more discoveries on other former residential school grounds across the country.

The discovery in Kamloops prompted the federal government to declare a national holiday, a day of commemoration and in doing so, displaced the September 30th Indigenous ‘Orange Shirt Day’ with the Canadian National Day for Truth and Reconciliation. Orange Shirt Day was initiated by the story of Phylis Webstad, a Stswecem’c Xgat’tem First Nation residential school survivor who had her new orange shirt taken from her when she arrived at the St Joseph ‘s Mission, Williams Lake B.C. residential school. The orange shirt has become a symbol for Indigenous peoples of resistance and survival and for Canadians, an act or solidarity with Indigenous Peoples and has gained local, national, and world-wide attention.

The oldest residential school site in the country is 30 minutes from the HWDSB Education Centre. The Mohawk Institute operated from 1831 to 1970. On November 9, 2021, the search for unmarked graves began, using ground penetrating equipment.

In 2015 when the Truth and Reconciliation Final Report (TRC) was released, Volume 4 was titled Missing and Unmarked Burials. There were members of many professional fields including educators, politicians, social workers, that read the TRC report. However, the May 29th news seemed to shock everyone.

Four weeks after the Kamloops story’s release was Canada Day. On July 1st, 2021, in lieu of celebrations, there were memorial rallies and walks across the country in every province and territory. Children’s shoes were set on the steps of churches and former residential school sites. There were thousands. Tears were shed. Questions were asked. Questions remain. Tears still fall.

We pause today to make the connections between the HWDSB land acknowledgement that so many recite at the beginning of meetings, and the reason for it. It shouldn’t be done because of some corporate type of decision to check the reconciliation box.  The pause we take should evoke humanity and humility about the shared history that is our legacy.

In 1996, the province of Ontario introduced the Ontario College of Teachers Act to protect the integrity of the teaching profession. This was the same year that the last Canadian residential school closed in Canada.

We also encourage all staff to read the HWDSB Indigenous Languages Day statement that was released on March 31st, 2022.  it provides information and reflection on the importance of Indigenous languages.

To commemorate the children taken, the ones who never came home, and the individuals,  families, communities and nations that continue to grieve and heal, please take time to reflect.

Indigenous peoples and communities are doing the hard and necessary work of healing in their communities throughout Turtle Island. We want to foster understanding, encourage care and cultivate reciprocal trust. We want to help create hope. It is also important “to co-create a vision for intergenerational healing and replace deprivation of identify with rich cultural teachings and based on Indigenous pedagogies.” (Elizabeth Doxtater, Restorative Journey)

Let us as HWDSB team members continue to work together with Indigenous people as good treaty partners to nurture and grow our relationship. We may be uncomfortable, but that will be outweighed by growth and reconciliation as we return to the original treaty agreements that were based on peace, friendship and respect.