Each February, all of us are invited to participate in Black History Month events that honour the legacy of black Canadians, past and present.

The month, recognized by the House of Commons in 1995, celebrates the many achievements and contributions of black Canadians who have made Canada the place it is today.

Across HWDSB, we see school names that celebrate local leaders and pioneers like Lincoln Alexander (1922-2012), a lawyer who became the first black Member of Parliament in the House of Commons, the first black federal Cabinet Minister (serving as federal Minister of Labour), the first black Chair of the Worker’s Compensation Board, and the 24th Lieutenant Governor of Ontario.

We can also walk into a school named after Ray Lewis (1910-2003), the first black Canadian to win an Olympic medal and who was awarded the Order of Canada two years later.

Soon, we will open the doors to a new secondary school named after Bernie Custis (1928-2017), who became a distinguished coach and educator in our system after having been the first black professional quarterback in the modern era, starting for the Hamilton Tiger-Cats in 1951.

It is important for us during this month to remember and learn from the past. Reflect on the present and act for a better future. While civil rights leaders like Viola Desmond stood up for human rights and against segregation, there is still more work to be done to remove barriers, challenge discrimination and oppose racism that our black communities still face.

We continue to be committed to addressing challenges and barriers and improve outcomes for our black students. We look forward to celebrating some of our outstanding black students and community members tomorrow night (Feb. 2, 2019) at the John C. Holland Awards. Thank you to the schools and staff who supported the student recipients of these awards.

Please be sure to share your local recognition of Black History Month on your school websites and social media channels, using hashtags such as #HWDSBweallbelong and #blackhistorymonth. 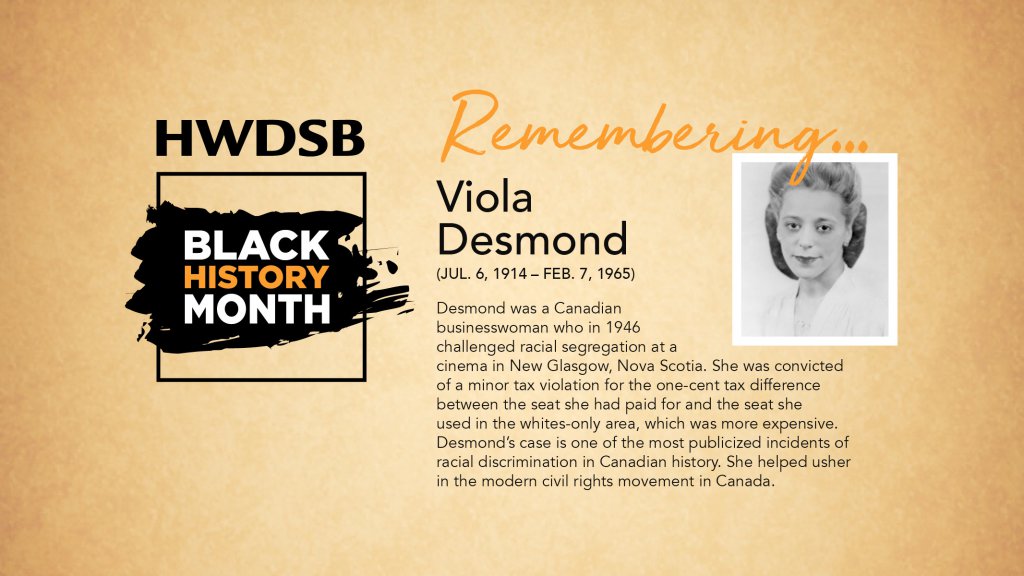 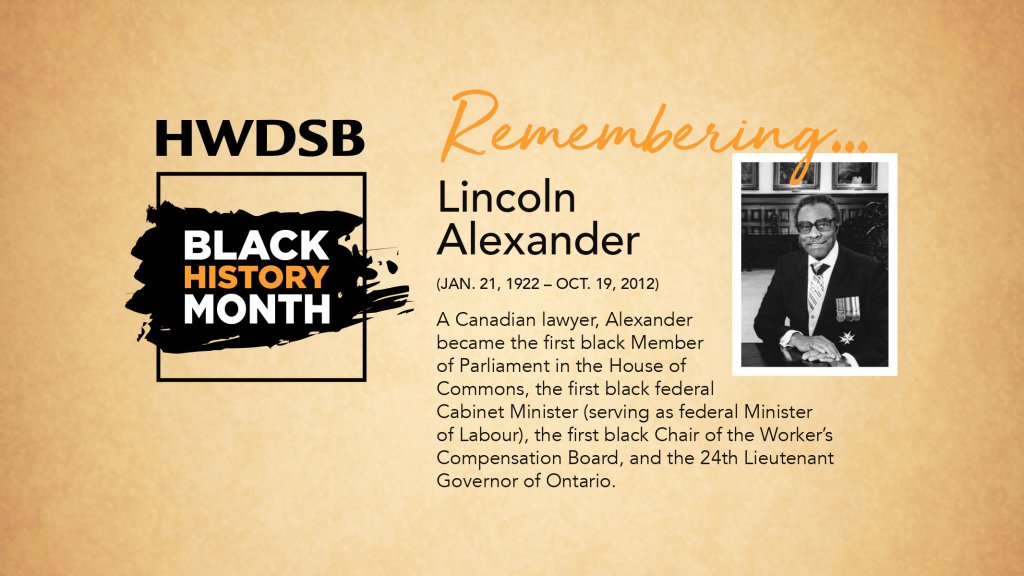 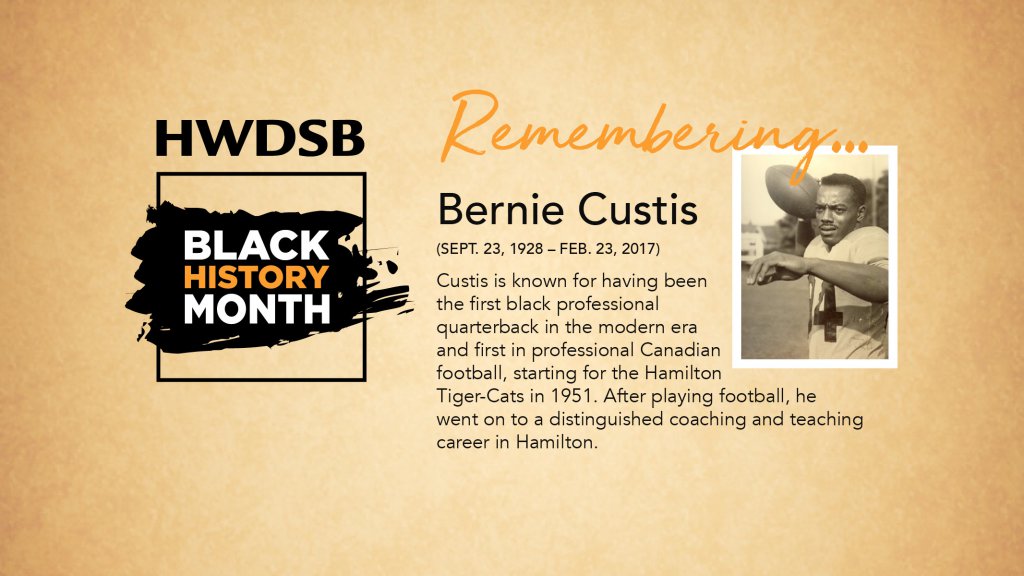 Report an error
Back to the top